FBGC Charity Day – In aid Special Olympics IOW – supporting child and adult athletes with learning disabilities
A huge thank you to all the players and supporters who took part in the Freshwater Bay Charity Challenge held on Sunday. The total amount of money raised was over £2,000 which is a superb achievement.
This was done through entry fees, the Charity raffle, and the silent auction, thank you to all who took part in this.
On a horrendously windswept Freshwater Bay Course, eighty players took part, and as always, there was some very good golf played despite the conditions.
Stuart Morris was the pick of the players this year with 39 points which won him the Veteran’s and Overall Singles Trophies, both from best lady of the day Paula Burke on 36 points.
Winning the pairs were Chris Miles and Malc Williams on 68 points, second place went to Penny Diez and Paula Burke on count-back.
It was close in the team event, with Tony Keen, Gary & Danny Holmes and Stuart Morris winning on countback from the ladies’ team of Paula Burke, Penny Diez, Di Clark & Sheila Richard. 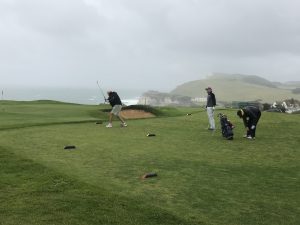 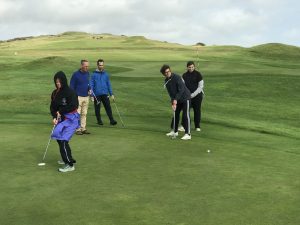 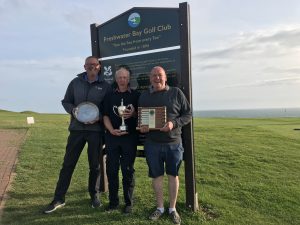