Men’s Club Championship 2022 Results
The FBGC Championship was still up for grabs as the two leaders played the 36th hole, in the end an excellent up and down from Ben Thurman won him the championship by one shot from last year’s winner Danny Holmes. Ben’s 36-hole total being 149.
3rd Place went to Bertie Everson on 151.
Richard Clark had an excellent two days winning three trophies; the Afton Down (Handicap) the AT Smith (Vets) and Saturday Tankard.
The Sunday Tankard victor was won by Mark Debuse with a net 62 beating Bertie Everson.
Richard Frost won the Jim Whitehead Salvers, beating last year’s winner Peter Matthews.
Well played everyone, a huge thank you goes out to our Greens staff who have worked so hard getting the course into shape before the Club Championships. 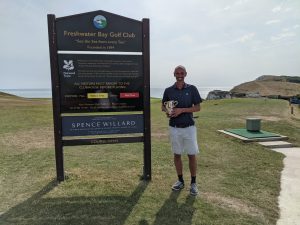 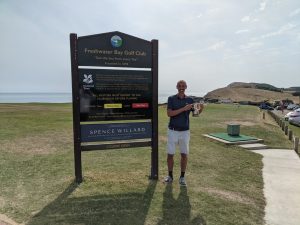